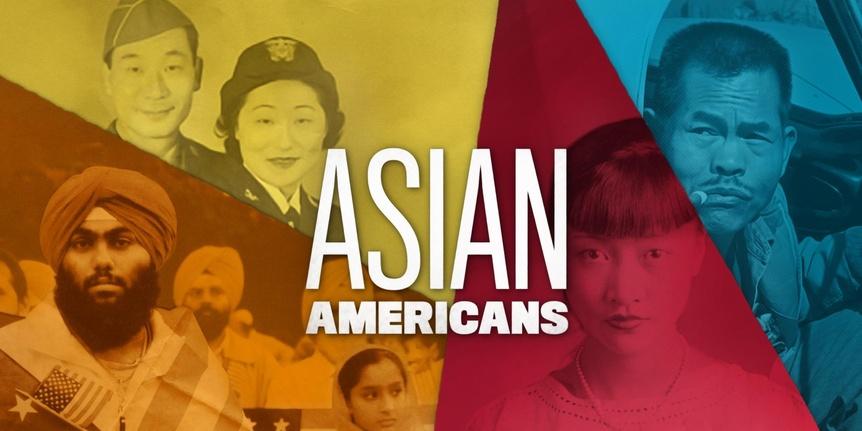 Explore the impact of Asian Americans, the fastest-growing population in the United States, on the country’s past, present and future, told through individual lives and personal histories. Asian Americans is a five-hour film series that delivers a bold, fresh perspective on a history that matters today, more than ever. As America becomes more diverse, and more divided while facing unimaginable challenges, how do we move forward together? Told through intimate personal stories, the series will cast a new lens on U.S. history and the ongoing role that Asian Americans have played.

This documentary offers rare interviews with over 15 major Asian-Pacific American women poets. Organized in interwoven sections such as Immigration, Language, Family, Memory, and Spirituality, it is a sophisticated merging of Asian-American history and identity with the questions of performance, voice, and image.

This engaging documentary serves as poetry reading, virtual anthology, and, perhaps most importantly, moving testimony about gender, ethnicity, aesthetics, and creative choice. The carefully edited interviews and poems read reflect the filmmaker's desire to show both individual voice and diversity within the Asian-American women's community.

Gaysians is an exploration of family, immigration and language through the voices of five queer and trans Asian-Americans from New York City. The subjects share stories about their families, and in doing so, shed light on the complicated histories that have shaped these intimate and personal relationships. This moving short is an illuminating patchwork documentary exploring family and culture through the personal stories of a diverse panoply of LGBTQ individuals.

Home from the Eastern Sea

This is the story of the immigration of Chinese, Japanese, and Filipinos to America. The documentary explores the history of each nationality through the personal stories of representative families.

The film begins with the story of the Yee family of Seattle, which represents four generations of Asian Americans in the United States. Their roots go back to the building of the transcontinental railway, and there are fascinating archival photographs of these events. The Hondas of Spokane are a lively testament to the resilience of Japanese Americans. Having suffered discrimination during the war, they display a strength of character engendered by their wartime experiences. Lorena Silva lives in a close-knit Filipino American community, where extended family ties give support.

Intercut with family stories and rare archival footage are the observations of scholars, community activists, and writers.

Home from the Eastern Sea was awarded the American Scene Award by the National Academy of Television Arts and Sciences Seattle Chapter. It was also nominated for "Outstanding Documentary Historical/Biography by the same organization.

A comprehensive look at media stereotypes of Asian and Asian American women since the silent era. From the racist use of white actors to portray Asians in early Hollywood films, through the success of Anna May Wong's sinister dragon lady, to Suzie Wong and the '50s geisha girls, to the Asian-American anchorwoman of today, this fascinating videotape shows how stereotypes of exoticism and docility have affected the perception of Asian-American women.

When award-winning Korean-American filmmaker Grace Lee was growing up in Missouri, she was the only Grace Lee she knew. As an adult, however, she moved to New York and then California, where everyone she met seemed to know "another Grace Lee." But why did they assume that all Grace Lees were nice, dutiful, piano-playing bookworms?