Agrarian Dreams: The Paradox of Organic Farming in California

In this groundbreaking study of organic farming, Julie Guthman challenges accepted wisdom about organic food and agriculture in the Golden State. Many continue to believe that small-scale organic farming is the answer to our environmental and health problems, but Guthman refutes popular portrayals that pit “small organic” against “big organic” and offers an alternative analysis that underscores the limits of an organic label as a pathway to transforming agriculture. 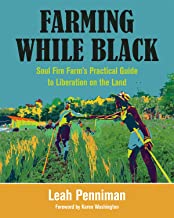 Farming while Black : Soul Fire Farm's practical guide to liberation on the land

Farming While Black is the first comprehensive “how to” guide for aspiring African-heritage growers to reclaim their dignity as agriculturists and for all farmers to understand the distinct, technical contributions of African-heritage people to sustainable agriculture. At Soul Fire Farm, author Leah Penniman co-created the Black and Latinx Farmers Immersion (BLFI) program as a container for new farmers to share growing skills in a culturally relevant and supportive environment led by people of color. 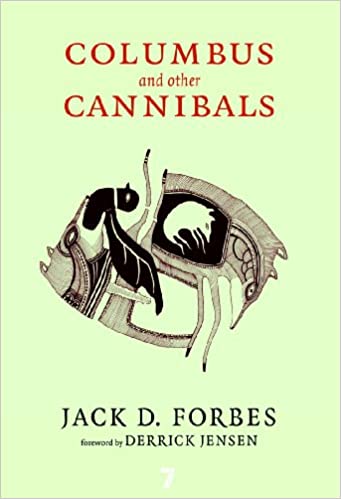 Columbus and other cannibals

Coming Soon! Celebrated American Indian thinker Jack D. Forbes’s Columbus and Other Cannibals was one of the founding texts of the anticivilization movement when it was first published in 1978. His history of terrorism, genocide, and ecocide told from a Native American point of view has inspired America’s most influential activists for decades. 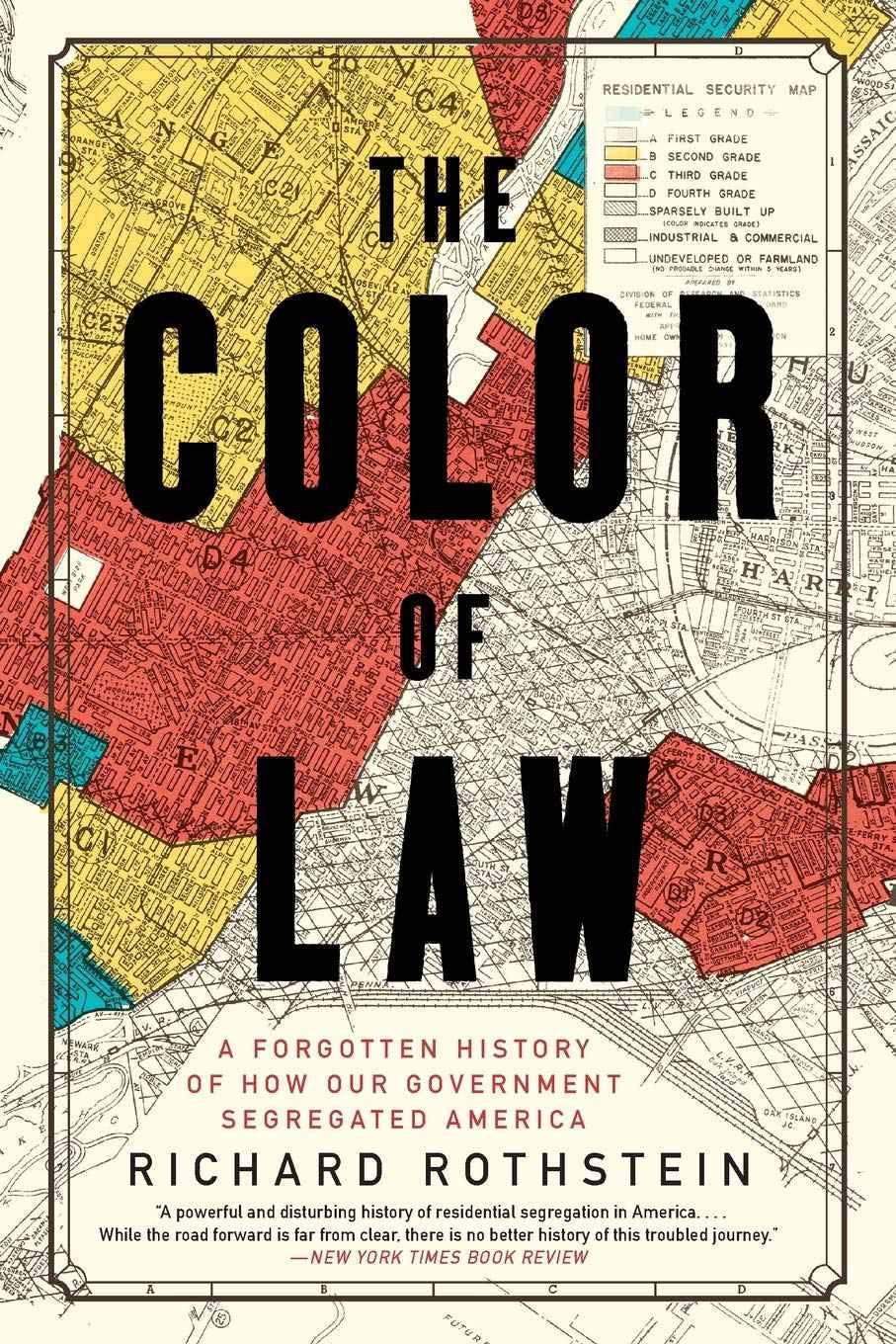 The Color of Law: A Forgotten History of How Our Government Segregated America– Richard Rothstein

In this groundbreaking history of the modern American metropolis, Richard Rothstein, a leading authority on housing policy, explodes the myth that America's cities came to be racially divided through de facto segregation - that is, through individual prejudices, income differences, or the actions of private institutions like banks and real estate agencies. Rather, The Color of Law incontrovertibly makes clear that it was de jure segregation - the laws and policy decisions passed by local, state, and federal governments - that actually promoted the discriminatory patterns that continue to this day.

Zoned in the USA: The Origins and Implications of American Land-Use Regulation

In Zoned in the USA, Sonia A. Hirt argues that zoning laws are among the important but understudied reasons for the cross-continental differences. Hirt shows that rather than being imported from Europe, U.S. municipal zoning law was in fact an institution that quickly developed its own, distinctly American profile. A distinct spatial culture of individualism―founded on an ideal of separate, single-family residences apart from the dirt and turmoil of industrial and agricultural production―has driven much of municipal regulation, defined land-use, and, ultimately, shaped American life. 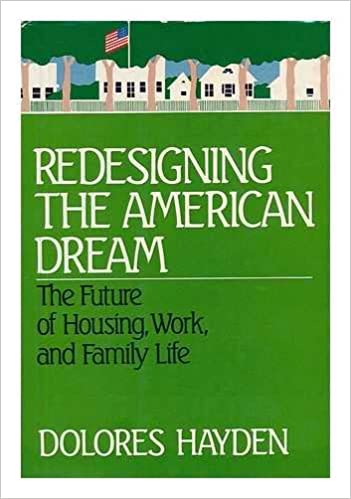 Redesigning the American dream : the future of housing, work, and family lifeHayden, Dolores.

Americans still build millions of dream houses in neighborhoods that sustain Victorian stereotypes of the home as 'woman's place' and the city as 'man's world.' Urban historian and architect Dolores Hayden tallies the personal and social costs of an American 'architecture of gender' for the two-earner family, the single-parent family, and single people. Many societies have struggled with the architectural and urban consequences of women's paid employment: Hayden traces three models of home in historical perspective―the haven strategy in the United States, the industrial strategy in the former USSR, and the neighborhood strategy in European social democracies―to document alternative ways to reconstruct neighborhoods. 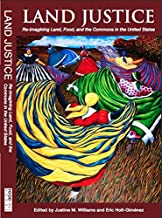 Land justice : re-imagining land, food, and the commons in the United States

This edited volume, with chapters from a wide range of activists and scholars, explores the history of land theft, dispossession, and consolidation in the United States. It also looks at alternative ways forward toward democratized, land justice, based on redistributive policies and cooperative ownership models. 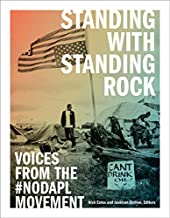 Standing with Standing Rock : Voices from the #NoDAPL Movement

Through poetry and prose, essays, photography, interviews, and polemical interventions, the contributors, including leaders of the Standing Rock movement, reflect on Indigenous history and politics and on the movement’s significance. Their work challenges our understanding of colonial history not simply as “lessons learned” but as essential guideposts for current and future activism.

Not without our consent : Lakota resistance to termination, 1950-59

Edward Valandra's Not Without Our Consent documents the tenacious and formidable Lakota resistance to attempts at applying this law. In unprecedented depth, it follows their struggle through the 1950s when, against all odds, their resistance succeeded in the amendment of PL 83-280 to include Native consent as a prerequisite to state jurisdiction.

Rooted in the Earth: Reclaiming the African American Environmental Heritage

Coming soon! In Rooted in the Earth, environmental historian Dianne D. Glave overturns the stereotype that a meaningful attachment to nature and the outdoors is contrary to the black experience. In tracing the history of African Americans' relationship with the environment, emphasizing the unique preservation-conservation aspect of black environmentalism, and using her storytelling skills to re-create black naturalists of the past, Glave reclaims the African American heritage of the land. This book is a groundbreaking, important first step toward getting back into nature, not only for personal growth but for the future of the planet.

Our History Is the Future: Standing Rock Versus the Dakota Access Pipeline, and the Long Tradition of Indigenous Resistance

Coming soon! In 2016, a small protest encampment at the Standing Rock Reservation in North Dakota, initially established to block construction of the Dakota Access oil pipeline, grew to be the largest Indigenous protest movement in the twenty-first century. Water Protectors knew this battle for native sovereignty had already been fought many times before, and that, even after the encampment was gone, their anticolonial struggle would continue. In Our History Is the Future, Nick Estes traces traditions of Indigenous resistance that led to the #NoDAPL movement.

Garden of the World: Asian Immigrants and the Making of Agriculture in California's Santa Clara Valley

Coming soon! Nearly a century before it became known as Silicon Valley, the Santa Clara Valley was world-renowned for something else: the succulent fruits and vegetables grown in its fertile soil. In Garden of the World, Cecilia Tsu tells the overlooked, intertwined histories of the Santa Clara Valley's agricultural past and the Asian immigrants who cultivated the land during the region's peak decades of horticultural production. Weaving together the story of three overlapping waves of Asian migration from China, Japan, and the Philippines in the nineteenth and twentieth centuries, Tsu offers a comparative history that sheds light on the ways in which Asian farmers and laborers fundamentally altered the agricultural economy and landscape of the Santa Clara Valley, as well as white residents' ideas about race, gender, and what it meant to be an American family farmer.