The essential guide to understanding how racism works and how racial inequality shapes black lives, ultimately offering a road-map for resistance for racial justice advocates and antiracists. When #BlackLivesMatter went viral in 2013, it shed a light on the urgent, daily struggles of black Americans to combat racial injustice. The message resonated with millions across the country. Yet many of our political, social, and economic institutions are still embedded with racist policies and practices that devalue black lives.

How to Be an Antiracist

Ibram X. Kendi's concept of antiracism reenergizes and reshapes the conversation about racial justice in America – but even more fundamentally, points us toward liberating new ways of thinking about ourselves and each other. In How to Be an Antiracist, Kendi asks us to think about what an antiracist society might look like, and how we can play an active role in building it.

White Fragility: Why It's So Hard for White People to Talk About Racism

Referring to the defensive moves that white people make when challenged racially, white fragility is characterized by emotions such as anger, fear, and guilt, and by behaviors including argumentation and silence. In this in-depth exploration, antiracist educator Robin DiAngelo explores how white fragility develops, how it protects racial inequality, and what we can do to engage more constructively.

Safiya Umoja Noble challenges the idea that search engines like Google offer an equal playing field for all forms of ideas, identities, and activities. Data discrimination is a real social problem. Noble argues that the combination of private interests in promoting certain sites, along with the monopoly status of a relatively small number of Internet search engines, leads to a biased set of search algorithms that privilege whiteness and discriminate against people of color, especially women of color.

The New Jim Crow: Mass Incarceration in the Age of Colorblindness

As the United States celebrates the nation's "triumph over race" with the election of Barack Obama, the majority of young black men in major American cities are locked behind bars or have been labeled felons for life. Although Jim Crow laws have been wiped off the books, an astounding percentage of the African American community remains trapped in a subordinate status, much like their grandparents before them, who lived under an explicit system of control.

This Muslim American Life: Dispatches from the War on Terror

Moustafa Bayoumi reveals what the War on Terror looks like from the vantage point of Muslim Americans, highlighting the profound effect this surveillance has had on how they live their lives. In gripping essays, Bayoumi exposes how contemporary politics, movies, novels, media experts and more have together produced a culture of fear and suspicion that not only willfully forgets the Muslim-American past, but also threatens all of our civil liberties in the present.

To 'Joy My Freedom: Southern Black Women's Lives and Labors After the Civil War

Tera Hunter follows African-American working women from their newfound optimism and hope at the end of the Civil War to their struggles as free domestic laborers in the homes of their former master. We witness their drive as they build neighborhoods and networks and their energy as they enjoy leisure hours in dance halls and clubs. We learn of their militance and the way they resisted efforts to keep them economically depressed and medically victimized. Finally, we see the despair and defeat provoked by Jim Crow laws and segregation and how they spurred large numbers of black laboring women to migrate north.

The Souls of Black Folk

W. E. B. Du Bois was a public intellectual, sociologist, and activist on behalf of the African American community. He profoundly shaped black political culture in the United States through his founding role in the NAACP, as well as internationally through the Pan-African movement. Du Bois's sociological and historical research on African-American communities and culture broke ground in many areas, including the history of the post-Civil War Reconstruction period.

Why Are All the Black Kids Sitting Together in the Cafeteria? And Other Conversations About Race

The classic, bestselling book on the psychology of racism-now fully revised and updated. Walk into any racially mixed high school and you will see Black, White, and Latino youth clustered in their own groups. Is this self-segregation a problem to address or a coping strategy? Beverly Daniel Tatum argues that straight talk about our racial identities is essential if we are serious about enabling communication across racial and ethnic divides.

The Next American Revolution: Sustainable Activism for the Twenty-first Century

A world dominated by America and driven by cheap oil, easy credit, and conspicuous consumption is unraveling before our eyes. In this powerful, deeply humanistic book, Grace Lee Boggs, a legendary figure in the struggle for justice in America, shrewdly assesses the current crisis--political, economical, and environmental--and shows how to create the radical social change we need to confront new realities.

An African American and Latinx History of the United States

Laymon writes eloquently and honestly about the physical manifestations of violence, grief, trauma, and abuse on his own body. He writes of his own eating disorder and gambling addiction as well as similar issues that run throughout his family. Through self-exploration, storytelling, and honest conversation with family and friends, Heavy seeks to bring what has been hidden into the light and to reckon with all of its myriad sources, from the most intimate – a mother-child relationship – to the most universal – a society that has undervalued and abused black bodies for centuries.

Me and White Supremacy: Combat Racism, Change the World, and Become a Good Ancestor

Me and White Supremacy: A 28-Day Challenge to Combat Racism, Change the World, and Become a Good Ancestor leads readers through a journey of understanding their white privilege and participation in white supremacy, so that they can stop (often unconsciously) inflicting damage on black, indigenous and people of color, and in turn, help other white people do better, too.

Nobody: Casualties of America's War on the Vulnerable, from Ferguson to Flint and Beyond

Nobody is a must-read for anyone wanting to better understand the race and class issues that continue to leave their mark on America today.

Black Feminist Thought: Knowledge, Consciousness, and the Politics of Empowerment

A revision of a hugely successful book; this is the 'bible' of contemporary black feminist thought and is widely cited and taught as a seminal text. Completely up-to-date with recent events, trends in popular culture, current events, and politics.

The Fire Next Time

A national bestseller when it first appeared in 1963, The Fire Next Time galvanized the nation and gave passionate voice to the emerging civil rights movement. At once a powerful evocation of James Baldwin's early life in Harlem and a disturbing examination of the consequences of racial injustice, the book is an intensely personal and provocative document.

Lies My Teacher Told Me: Everything Your American History Textbook Get Wrong - Young Readers' Edition

Now adapted for young readers, the national bestseller that makes real American history come alive in all of its conflict, drama, and complexity Lies My Teacher Told Me is one of the most important and successful history books of our time. 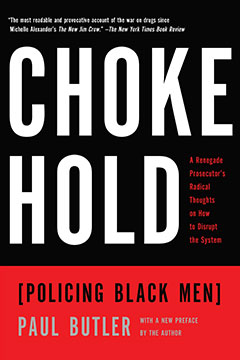 Chokehold powerfully demonstrates why current efforts to reform law enforcement will not create lasting change. Butler’s controversial recommendations about how to crash the system, and when it’s better for a black man to plead guilty—even if he’s innocent—are sure to be game-changers in the national debate about policing, criminal justice, and race relations.

The Hidden Rules of Race: Barriers to an Inclusive Economy

Why do black families own less than white families? Why does school segregation persist decades after Brown v. Board of Education? Why is it harder for black adults to vote than for white adults? Will addressing economic inequality solve racial and gender inequality as well? This book answers all of these questions and more by revealing the hidden rules of race that create barriers to inclusion today.